With Sydney FC going the entire season with only one lose, will this be their second when they take to Allianz Stadium in Sydney on Sunday May 7 from 5pm AEST.

SYDNEY FC host Melbourne Victory in the 12th A-League grand final. We should see a turn out with ground staff working around the clock to get the Stadium just right!

How The Teams Will Line Up

Injury concerns: Winger Bernie Ibini is awaiting a scan after injuring his hamstring in the 3-0 semi final win over Perth Glory. He came on after 67 minutes but hobbled off the pitch in injury-time. 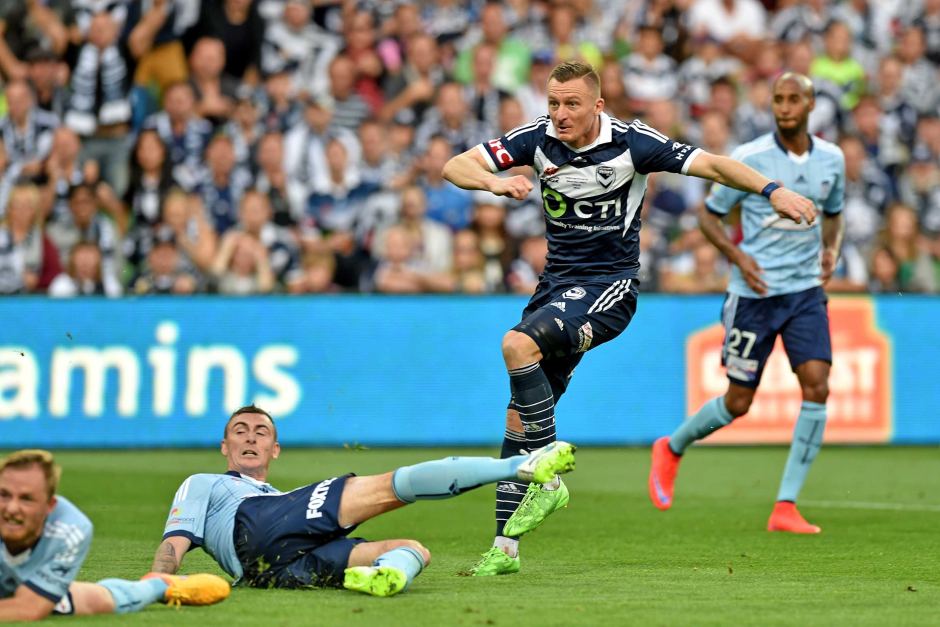 Graham Arnold on the grand final: “Nothing changes. The field doesn’t change size, the goalposts don’t and the opposition doesn’t.
“So for me it’s important preparation is spot on.

“We’ve got a good turnaround of eight days so we’ll work hard during the week, recover well and be ready.”

Kevin Muscat on the grand final: “When you’re holding the brush you can paint whatever picture you like.”

“Once we get there on Sunday and kick-off comes, the actions that are going to occur in that 90 minutes or the 120 minutes, that will determine the result.

“When we get to those stages, as we’ve seen tonight [against Roar], we perform.”

“The most important thing. We’re going to beat them … there was nothing in the three games.”

“In fact, there were decisions in the games that compounded things and impacted the results.

“After a performance like that … we go to Sydney with all the confidence in the world.”

” Thank You To The Fox Sports Report”

To lift the Cup

ALL PRICES THANKS TO WILLIAM HILL