We are just 10 days away from the 2018 NRL Grand final and two of the teams left go head to head this weekend in what should be a cracker of a preliminary final. The Roosters take on the Rabbitohs this Saturday night at Allianz stadium-7:40PM and if you were to ask us a few weeks ago who ya on ? we would of said  Roosters without a doubt. However ask us today? its different story with what we believe will be a different ending.

Just in case you missed it, the Roosters will be without arguably the best centre in the NRL. Latrell Mitchell is sitting a one week suspension for a crusher tackle on Josh Dugan during the Roosters 21-18 win over the Sharks in the first week of the finals. Unfortunately for roosters fans this is a huge loss for the bondi based side. How huge you ask?  Here are some stats to scare the shit out of Roosters fans and help the punters.  The Roosters have scored a total of 542 points this season, Latrell Mitchell is responsible for 260 of those points. That’s a whopping 48% !!!! Now we know that he is the 1st choice goal kicker which will help any players individual points tally but that in itself is another big worry for the roosters this weekend, having to use their back up goal kicker in a prelim final when so often 2 points is the difference between winning and losing.  If you have read this far you are probably on your way to the pub ready to put Mum n Dads house ON the bunnys but keep reading as we let you know why the bunnys might actually be a bit vulnerable themselves. 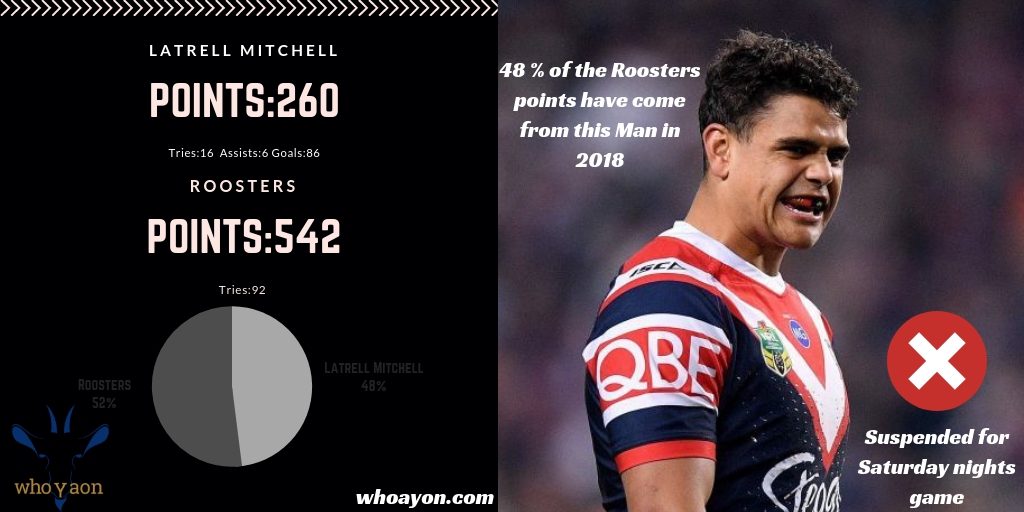 PICK THE SCORE AND WIN $50 CASH  ENTER BELOW

Sammy the Leader, leading them in the wrong direction.

As confident as we are about the Rabbitohs making it to the 2018 GF, there are a few things that are making us think that it might not be that simple of a bet. Shall we start with Sam Burgess ? Carrying a small rib injury and on the front page last weekend for all the wrong reasons. Apparently the boys have been sexting and sending genital pics to random girls, Clearly they stopped replying to one girl as she went to the papers. One name that came out of it all was Sam Burgess. Anyway enough of the gossip column! How will this affect the game? It will make the bloke play better than he ever has before! We are sure he will do everything in his power to keep the season alive. In saying that the off field drama would have most definitely had negative effect on his prep this week. Adam Reynolds as usual is carrying a niggle and Greg Inlgis was in pain last week in their 1 point win over the Dragons. 3 of their best players all not 100% fit is a concern. 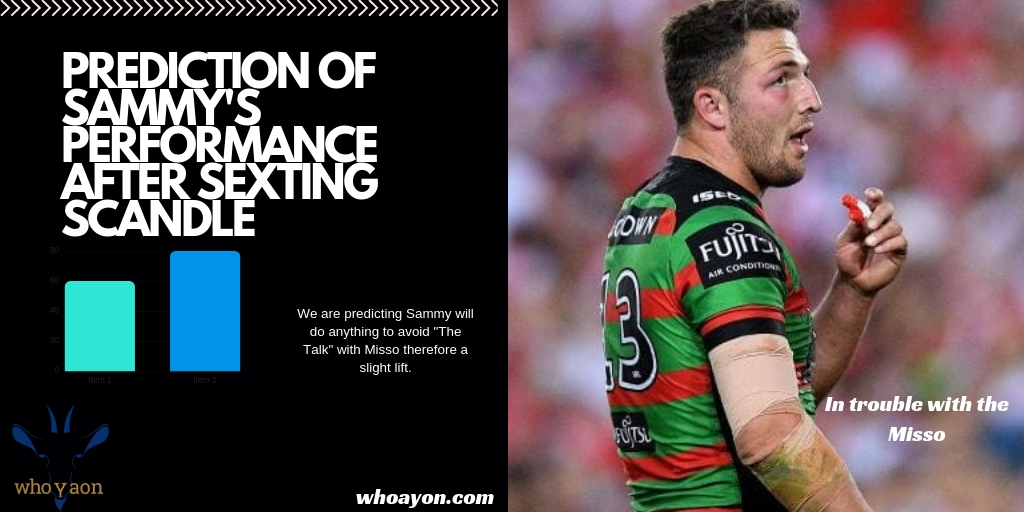 How long has it been since your last bet with William hill or Crown bet? a few months?

Round 9 Review – Sharks vs Tigers

Tigers Vs Sharks who will win?  Saturday Football time already?! Maybe Anzac day on a Tuesday is not so bad after all. We have chosen the Tigers vs Sharks game for you punters this week […]